Steve Rannazzisi From FXX’s The League In Studio 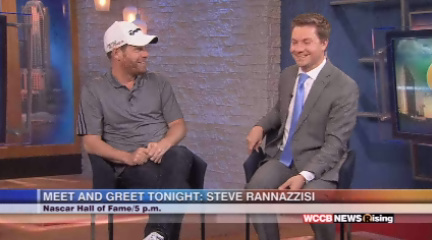 CHARLOTTE, NC — From “Mall Cop” to the hit FXX show “The League,” Steve Rannazzisi is making everyone laugh on tv and film.

Rannazzisi stops by the Rising studio before hitting the stage at The Comedy Zone to share some laughs, make some jokes, and give a preview of what’s next for him.

For more info and tickets to his show at the Comedy Zone, click here.