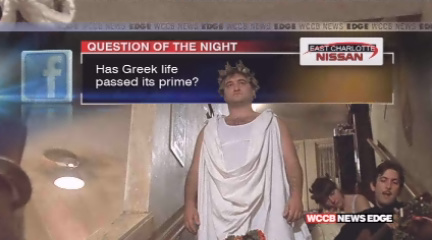 The University of Florida and Emory University are both investigating allegations that Zeta Beta Tau fraternity members disrespected wounded war veterans by spitting, urinating and pouring beer on them.

Zeta Beta Tau fraternity has been charged with infractions, including obscene behavior and property damage.  The incident happened last weekend at a Panama City beach resort.

Meanwhile, Pi Kappa Alpha at Western Carolina University have been suspended for five years after a pledge says he was water boarded.

So what’s your take?  Has Greek life passed its prime?  Our panel of Edgeitators weigh in…