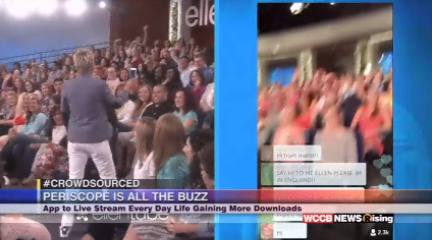 CHARLOTTE, NC — A new app is encouraging anyone and everyone to go live for other strangers to watch.

It’s called Periscope and some are saying it’s a little creepy since you can download the app and then stream anything you want from wherever you want at anytime.

We wanted to know if you had tried it or heard of it and see what your take on this new Twitter craze is. It’s our topic on Crowdsourced to get the week started.