Police Search for Suspect Who Crashed Stolen Car Into Business 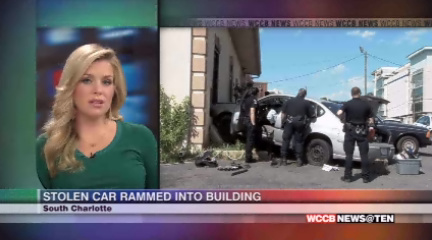 CHARLOTTE, NC — Police are looking for the man who stole his cousin’s car and then rammed it into a south Charlotte building.

The victims says she was in the shower when her cousin and a friend took the car.  They crashed it into an auto repair shop on South Tryon Street, and then ran off.

“I don’t care who crashed my car,” said the victim.  “It’s crashed and it’s done and over with.  I’m just so mad right now.”

MEDIC says nobody was injured in the crash.