The Edgeitators: Who’s the Biggest Loser? 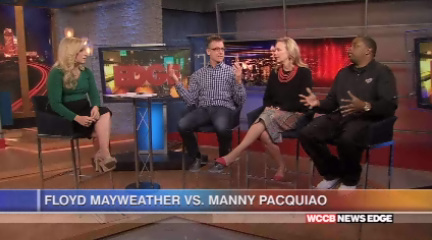 It’s being called the biggest fight of the century.  This Saturday, Floyd Mayweather and Manny Pacquiao will go head-to-head in the richest fight of all time.  But what’s no so rich is their past.

Mayweather, with a history of domestic violence, and Manny Pacquiao weighed down by his comments about same-sex marriage.

So regardless of who wins the match, who’s the biggest loser here: Mayweather or Pacquiao?  The Edgeitators battle it out…