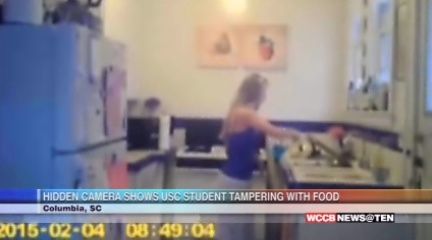 Two women set up the cameras in February, after asking 22-year-old Haley King to move out several times.  They told police they didn’t trust what she was doing when she was home alone.

King now faces a felony charge for tampering with food.  She could face 20 years in prison if she’s convicted.