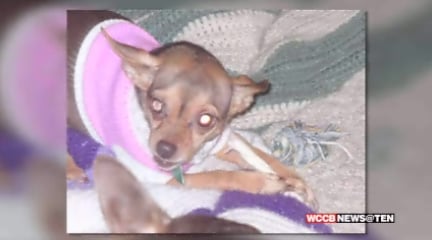 LANCASTER, SC — A Lancaster family is still in shock after finding their three chihuahuas dead in the backyard.  Police say the dogs were all shot and killed, but no one knows why.

Homeowner Clay Massey says a neighbor told his wife Holly Tuesday afternoon that the dogs were all dead inside the fenced backyard.  Another neighbor told police that she heard the dogs barking that morning.  The family is still trying to process the gruesome crime.

“They were three kids who are no longer here,” said Massey.  “But they’re in my heart.  They’re in our heart.  I just hate that my 4-year-old little girl had to see that.”

The case has been handed over to the Lancaster Detective Division.  Police have not identified a suspect.