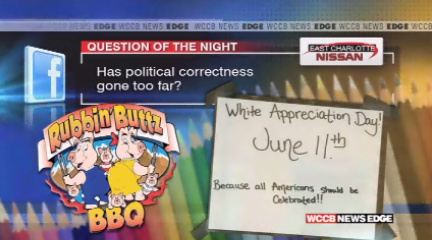 A Colorado barbecue joint is taking heat after announcing a plan to hold a day honoring white people.  The Hispanic owners of Rubbin’ Buttz BBQ and Country Cafe say they plan on having a “White Appreciation Day” June 11, because every American deserves to be celebrated.

They say the idea was originally a joke, but decided to turn it into a real deal, saying, “We have a whole month for Hispanic Heritage Month, so we thought the least we could do was offer one day to appreciate white Americans.”