The Edgeitators: Has Political Correctness Gone Too Far? 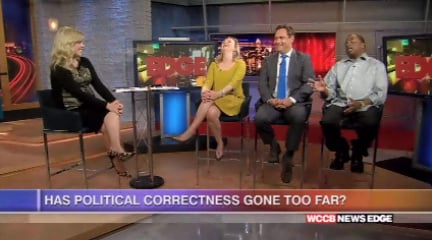 A Colorado barbecue joint is taking heat after announcing a plan to hold a day honoring white people.  The Hispanic owners of Rubbin’ Buttz BBQ and Country Cafe say they plan on having a “White Appreciation Day” June 11, because every American deserves to be celebrated.

They say the idea was originally a joke, but decided to turn it into a real deal, saying, “We have a whole month for Hispanic Heritage Month, so we thought the least we could do was offer one day to appreciate white Americans.”

Great idea?  Or bad taste?  Has political correctness gone too far?  The Edgeitators weigh in…