The Edgeitators: How Does Freedom of Speech Work? 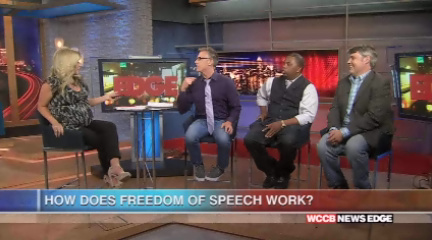 A Subway sandwich worker was fired after firing off on social media about two police officers being gunned down.

Hours after the officers were shot, Sierra McCurdy posted a photo in her Subway uniform saying, “2 police officers was shot in hattiesburg tonight.! -GOT EM.”

Subway responded via Twitter, saying, “This behavior is unacceptable and does not represent the values and ethics of our brands.”

So what do you think?  Is she protected by the First Amendment?  How exactly does freedom of speech work?  The Edgeitators battle it out…