The Snark Report with Derek James: Hitting the Field with a Song, a Dance and a Hail Mary 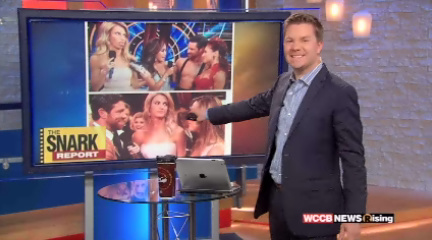 It was a touching moment on last night’s Dancing with the Stars, but not too touching for host Erin Andrews.

The spotlight will shut down on American Idol next year.  Oh no, where will we find all that great talent like William Hung and the Pants on the Ground Dude?..oh yeah, we still have YouTube.

Let the controversy begin…Tom Brady has received the word on his punishment for #deflategate.

New Jersey Governor Chris Christie loves his game day appetizers…especially when someone else is paying.