The Edgeitators: Time For a Woman on U.S. Currency? 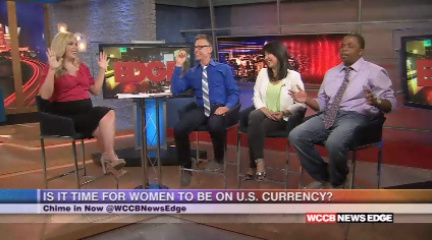 America has spoken loud and clear.  They want a woman on the $20 bill.  The grassroots movements called Women On 20s began an online petition to replace Andrew Jackson with a prominent woman from American history.

They held two rounds of voting.  After the first round, four finalist were selected: Harriet Tubman, Wilma Mankiller, Eleanor Roosevelt and Rosa Parks.  The winner: Harriet Tubman, with nearly 120,000 votes.  And the best part is, all it takes is the Secretary of the Treasury to make the change.

So what do you think?  Is it time for women to be on U.S. currency?  The Edgeitators weigh in…