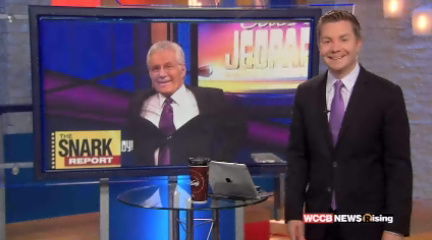 CHARLOTTE, N.C. – Kanye West gets honored, Aaron Rodgers wins off the field, Tom Brady talks and Lucy gets the boot.

Kanye West received an honorary degree from the Art Institute of Chicago and of course he took the opportunity to dig on somebody else.

Derek’s favorite QB, Green Bay Packers’  Aaron Rodgers appeared on Tuesday Jeopardy.  But it looks like host Alex Trebek was the one that got sacked.

Say it ain’t so, Lucy.  Seems that Lucille Ball is banned in Celoron, NY.  Well actually, a not-so reasonable facsimile of her.