PGA Stars Get in Final Work Before Wells Fargo Championship 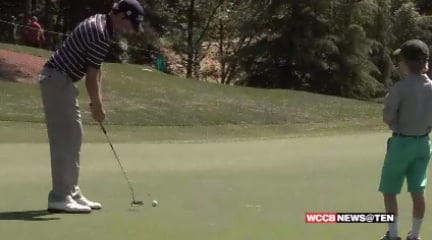 CHARLOTTE, NC —  Wednesday was the final chance for some of the game’s best golfers to get a round in at Quail Hollow Club. During the Pro-Am, the likes of Phil Mickelson, Adam Scott, and Webb Simpson took extra shots to fully prepare for Thursday’s opening round of the Wells Fargo Championship.

Defending Wells Fargo Champion J.B. Holmes will begin his round with Phil Mickelson and Jim Furyk, as Holmes looks to become the first two-time champion of the tournament. Mickelson is one of the highest grossing money winners at this tournament, but is still looking for his first career victory at Quail Hollow Club.

Rory McIlroy won his first career PGA tournament at the Wells Fargo Championship in 2010, and will look for his second win of the season in Charlotte this weekend.