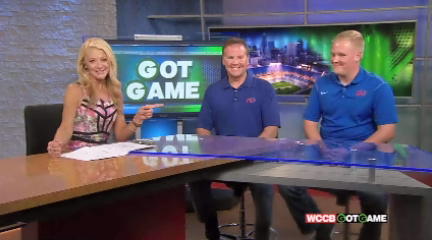 Former NASCAR driver Mike Wallace hit the Got Game set to talk about the 2015 NASCAR season, Denny Hamlin’s All-Star Race victory, and his son’s debut in the ARCA series.

NASCAR continues in the Queen City with Pole Night on Thursday at Charlotte Motor Speedway, and the Coca-Cola 600 on Sunday evening.