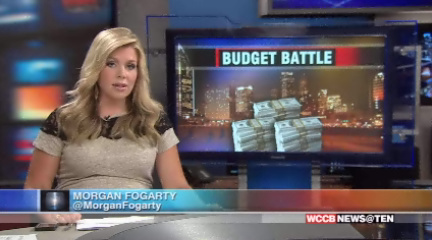 CHARLOTTE, NC — Discussions over Charlotte’s next budget are not progressing like city leaders hoped.  Council members discussed all of their options for making up the $22 million shortfall Monday.

There are questions about City Manager Ron Carlee’s plan, which includes eliminating garbage fees while raising property taxes.  Mayor Dan Clodfelter told council members they need to make a decision soon on what they want in the budget.

“If these things are, and I hear y’all saying it, so woven together that you can’t decide one without deciding on a bunch of others, then you’re going to need a different process for getting to your budget recommendation,” said Mayor Clodfelter.

A straw vote on the budget is scheduled for next Tuesday.  It will be adopted on June 8.