Clerk Shot In Head During Robbery 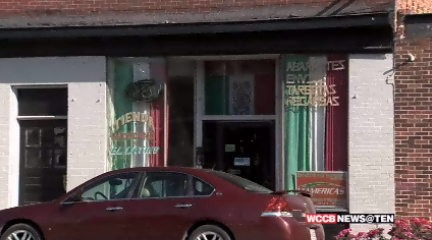 PAGELAND, SC — A store clerk, shot in the head by a thief, is in critical condition.  Police in Pageland, South Carolina are looking for the man who shot 30-year-old Maria Aguilar.

A witness says the suspect demanded money from Aguilar Sunday night at the La Tienda Mexicana convenience store on West McGregor Street.  Police say the thief shot Aguilar when she reached for a phone.

“It definitely hits close to home,” said Johnny Deese, owner of neighboring business Lynn’s Cafe.  “I won’t say it breeds fear, but it makes you realize you aren’t safe anywhere.”

After the shooting, police say the suspect ran off and possibly got into a getaway car.