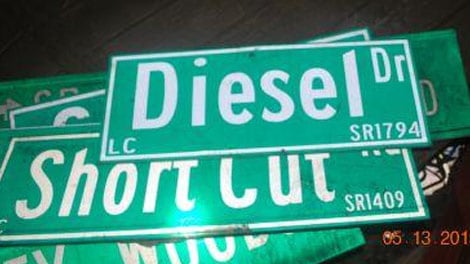 Investigators say six teenagers have been charged in connection with the theft.

On May 13, 2015, officers say they received a tip that led them to the home of one of the teens involved. The teen then led officers to a wooded area where signs were hidden under a pile of lumber.

The stolen signs were valued at $3,500 and detectives say they also recovered a Neighborhood Watch Sign and a Speed Limit Sign.

Two more teens will also be charged in connection with the theft.