The Snark Report with Derek James: A New Workout, a Hot Ride and a Final Goodbye 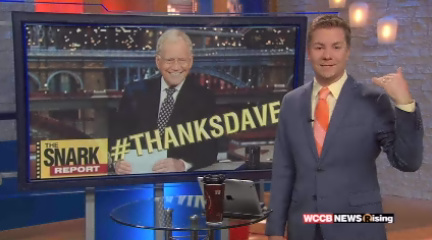 CHARLOTTE, N.C. – It’s a final goodbye to David Letterman, a new way to burn those calories and an on-the-spot TV reporter in a hot ride.

Bending that arm while drinking tequila apparently burns more calories that we would think.

One local TV reporter really goes that final mile to get his story…whether he wanted to or not.