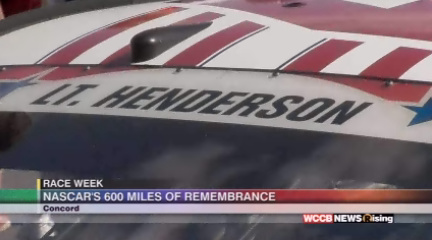 CONCORD, N.C. – On Sunday, the focus wasn’t just on racing at Charlotte Motor Speedway, drivers honored our nation’s fallen heroes by wearing names and stickers on their windshield.

Henderson was a former Lowe’s employee who was killed while serving in Iraq in 2004.