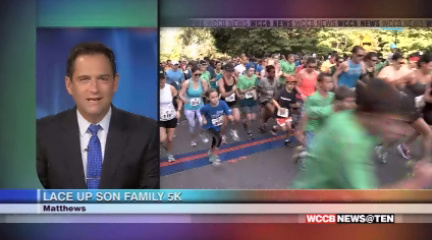 Wilson from Rising helped motivate the runners, and Agent 89 got in on the action too.

“Steve does a lot for Charlotte,” said SSFF Executive Director Jerard Littlejohn.  “Even though he’s playing for the Ravens right now, this is his home.  So Charlotte is always going to be home for Steve Smith and we’re just excited about being involved in the community.”

All the funds from Monday’s run will go to the Siskey YMCA.