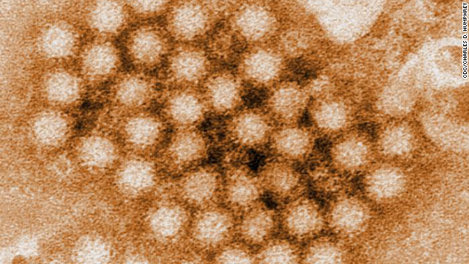 UNION COUNTY, N.C. — Test results determined the Norovirus is what caused dozens of people to become ill at a local elementary school.

A total of 174 people were treated for having gastrointestinal illnesses in Union County since May 20th.  Several of those people were students and staff from Shiloh Elementary School.

LEARN MORE ABOUT NOROVIRUS (info from the CDC):

Norovirus is a very contagious virus. You can get norovirus from an infected person, contaminated food or water, or by touching contaminated surfaces. The virus causes your stomach or intestines or both to get inflamed (acute gastroenteritis). This leads you to have stomach pain, nausea, and diarrhea and to throw up.

The best way to help prevent norovirus is to practice proper hand washing and general cleanliness.

SYMPTOMS (info from the CDC):

Norovirus causes inflammation of the stomach or intestines or both. This is called acute gastroenteritis.

The most common symptoms:

If you have norovirus illness, you can feel extremely ill and throw up or have diarrhea many times a day. This can lead to dehydration, especially in young children, older adults, and people with other illnesses.

A person usually develops symptoms 12 to 48 hours after being exposed to norovirus. Most people with norovirus illness get better within 1 to 3 days.

feeling dizzy when standing up

Children who are dehydrated may cry with few or no tears and be unusually sleepy or fussy.

TREATMENT (info from the CDC):

There is no specific medicine to treat people with norovirus illness. Norovirus infection cannot be treated with antibiotics because it is a viral (not a bacterial) infection.

If you have norovirus illness, you should drink plenty of liquids to replace fluid lost from throwing up and diarrhea. This will help prevent dehydration.

Sports drinks and other drinks without caffeine or alcohol can help with mild dehydration. But, these drinks may not replace important nutrients and minerals. Oral rehydration fluids that you can get over the counter are most helpful for mild dehydration.

Dehydration can lead to serious problems. Severe dehydration may require hospitalization for treatment with fluids given through your vein (intravenous or IV fluids). If you think you or someone you are caring for is severely dehydrated, call the doctor.