The Mystery of Swiss Cheese Holes Gets Discovered 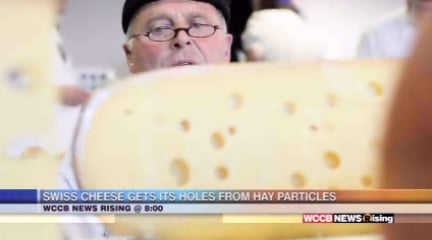 CHARLOTTE, N.C.–The mystery of holes in Swiss cheese has finally been solved.

A Swiss agricultural institute discovered that the mysterious holes in Swiss cheese are caused by tiny specks of hay.

Scientists tested different amounts of hay dust to the milk which allowed them to regulate the number of holes in the cheese.