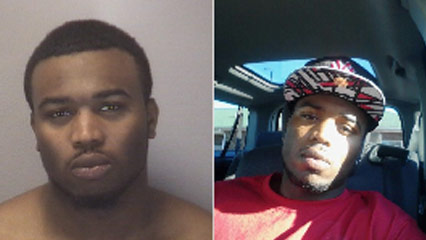 UPDATE: Police say the man wanted for a murder in Hickory turned himself in early Thursday morning.  Tevin Davis has been charged with 1st degree murder, two counts of 2nd degree kidnapping and robbery with a dangerous weapon.

Police say Davis is currently out of jail on bond following his arrest on charges that include assault with a deadly weapon with the intent to kill, possession of a firearm by a felon and common law robbery.

His new charges include 1st degree murder, two counts of 2nd degree kidnapping and robbery with a dangerous weapon.

Davis is considered armed and dangerous.  Anyone with information on his whereabouts is asked to call 911 immediately.