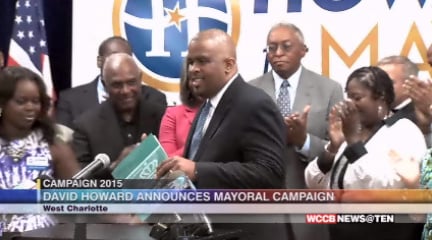 CHARLOTTE, NC — There’s another Democrat officially in the crowded race for Mayor of Charlotte.

“People who have jobs have hope,” said Howard.  “They can see where they can grow their families in the future, young people can see how they can make themselves a success.”