The Edgitators: Should The Duggars Return To TLC? 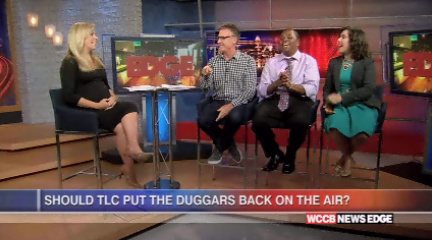 Earlier this week, Jim Bob and Michelle Duggar broke their silence regarding their son, Josh Duggar’s molestation controversy.  Friday, Jessa and Jill are speaking out in defense of their brother who molested them when they were young.

During the second part of the exclusive interview with Fox News channel’s Megyn Kelly, the Duggar daughters defend Josh’s actions, saying he was young when it happened, and he was just curious about girls.  They also expressed frustration with the media, and explained what’s next for the Duggar family.

And that brings us to our Question of the Night: Should TLC put the Duggars back on the air?  The Edgitators weigh in…