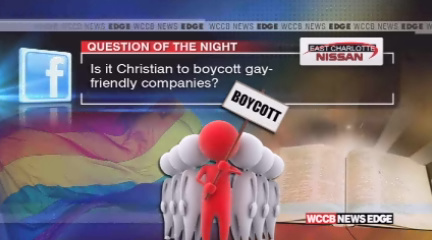 Graham made the announcement on Facebook, saying: “This is one way we as Christians can speak out–we have the power of choice.  Let’s just stop doing business with those who promote sin and stand against Almighty god’s laws and His standards.”

And that brings us to our Question of the Night: Is it Christian to boycott gay-friendly companies?