Boy Abused In DSS Care Back With Biological Mother 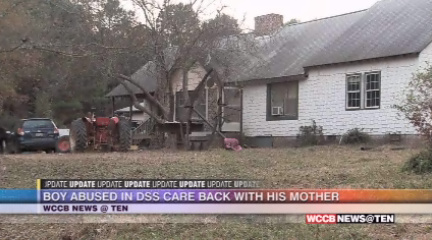 UNION COUNTY, NC — The boy at the center of a child abuse investigation that landed a Union County DSS supervisor in jail is back with his biological mother.

The boy was 11 years old when he was found shackled to Wanda Sue Larson’s porch with a dead chicken tied around his neck in 2013.  A judge will decide in 90 days whether he gets to stay with his mother permanently.

A judge sentenced Larson in March to between 6 and 17 months in prison.  She served most of that sentence while awaiting trial.  Larson’s longtime partner, Dorian Harper, is serving at least six years in prison for abusing the boy.