The Edgitators: Should The U.S. Help In Iraq? 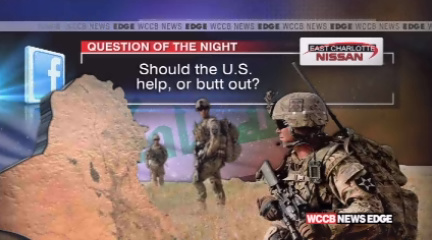 President Obama announced he’s deploying up to 450 U.S. military personnel to Iraq to help in the fight against ISIS.  They will train, advise and help Iraqi troops and Sunni Tribe fighters.  The U.S. is also sending weapons to Sunni and Shia tribes, as well as Kurdish fighters operating under Iraqi command.

The White House hopes a new “Sunni uprising”, similar to one that took place in 2013, will occur, but this time, aimed at ISIS fighters.

And that brings us to our Question of the Night: Should the U.S. help, or butt out?  The Edgitators weigh in…