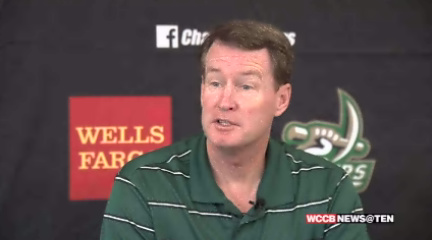 Price has assembled a coaching staff, recruited players and even took in game three of the NBA Finals with his son on Tuesday.

Price has also dealt with the struggles of taking over a program. Five players on last year’s roster decided to transfer away from Charlotte.

“Obviously we hit road bumps,” Price said Thursday at a press conference at Judy Rose Fieldhouse. “Some guys left that we weren’t anticipating. You can either sit and think about it or move forward and find guys that want to play for you.”

Price is excited about the team that he has put together. He said it was difficult to find players so late in the process but feels like he has a good, young group.

Here is the latest roster from Charlotte49ers.Com for the Men’s Basketball team.