The Edgitators: Can You Say You’re Black If You’re Not? 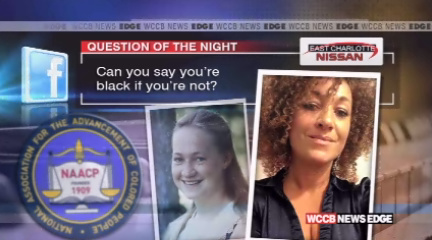 A prominent civil rights activist in the black community has just been outed for lying about her race.  According to reports, Rachel Dolezal, President of a Washington NAACP chapter has disguised herself for years as a black woman.

Her parents, who are both white, say their daughter has a heritage that is Czech, Swedish and German.  They even provided a birth certificate and childhood pictures of her to support their claim that she is in fact white.

And one more thing: her parents also told media outlets that Rachel is passing off her younger adoptive black brother as her own son.

So what do you think?  Can you say you’re black if you’re not?  The Edgitators battle it out…