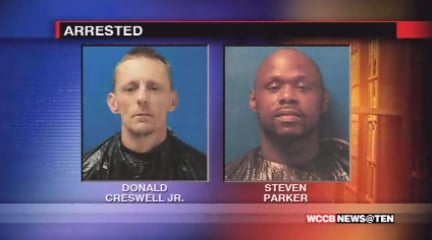 YORK COUNTY, SC — Two South Carolina men are charged with murder after bodies were found in a burning truck in York County.

Donald Creswell, Jr. and Steven Parker are both from Blackburg in Cherokee County.  Police say they received a tip Thursday about a possible shooting at Creswell’s home.

We caught up with concerned neighbors who live near the crime scene.

“Anytime… anytime something like this happens, it ought to make anyone uneasy,” said one neighbor.

Investigators have not identified the two victims yet.  They are waiting on autopsy results.