The Edgitators: Will You Be In the Ocean This Summer? 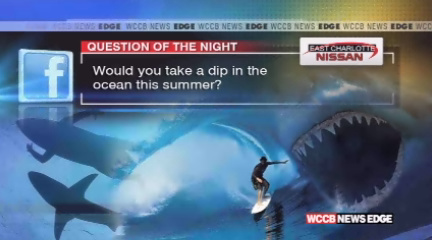 A story that’s been flooding your newsfeed: a teenage boy and girl are being treated for injuries after being bitten by sharks this weekend.  The attacks happened about two hours apart Sunday afternoon in the Town of Oak Island.

Both teens had to have an arm amputated.  The 13-year-old girl also sustained serious damage to one of her legs.  Both of them are now out of surgery and in fair condition.  Officials are not certain if both attacks were by the same shark.

According to Shark Attack Data for North Carolina, there have been 90 shark attacks in North Carolina since 1900.  Eleven of those were fatal, with the last one being in 2009.

So how about you?  With the recent attacks, will you be taking a dip in the ocean this summer?  The Edgitators weigh in…