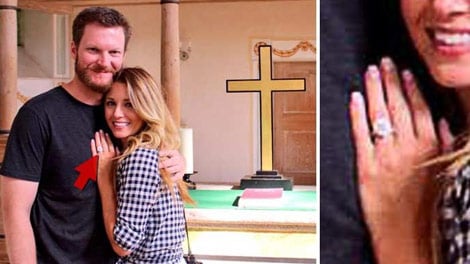 Reimann and Earnhardt have been dating since 2009 … and you gotta figure she knew the question was coming sooner than later. Dale gave her a shout out in a commercial he shot last year.

You don’t mention a run-of-the-mill GF in an ad you know will air constantly during NASCAR races.