The Snark Report with Derek James: Trumping the Snark with LeBron, Donald and the Pope 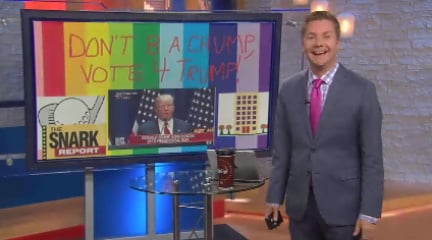 CHARLOTTE, N.C. – The only person that can trump DJ on the snark is The Donald…and he has some gems.

Donald Trump announced he is running for President.  Well, why wouldn’t he…by gosh..he is smarter than you and richer too!

Brain teaser…what do a short cruise to nowhere and Donald Trump have in common?

The Vatican had a major announcement to make but  now it looks that some cardinal may be in trouble.