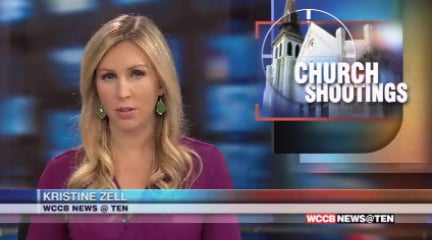 It reads in part: “Words cannot express our shock, grief and disbelief as to what happened that night.”  It goes on to say: “We offer our prayers, sympathy for all of those impacted by these events.”

According to an arrest warrant, Dylann Roof’s father and uncle called police Wednesday night and identified him and his vehicle after seeing surveillance pictures.  They also told police Roof owned a .45 caliber Glock.

One of the suspect’s friends says he took that gun because Roof told him had a plan, but did not give details.

“I took his gun and I hid it,” said Joey Meek.  “And the next morning I didn’t want to get in trouble, and him say I stole his gun, so I put his gun back in his trunk.”