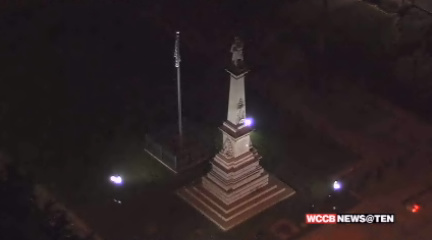 COLUMBIA, SC — The Emanuel AME Church shooting is renewing the debate over the Confederate flag flying on the South Carolina State House grounds.

There is a photo of Dylann Roof posing by a car with a Confederate flag license plate.  South Carolina Senator Lindsey Graham says the flag is just a symbol, and is not responsible for the deadly attack.  But Cornell William Brooks, President of the NAACP, disagrees.

“That symbol has to come down,” said Brooks.  “That symbol must be removed from our state capitol.”