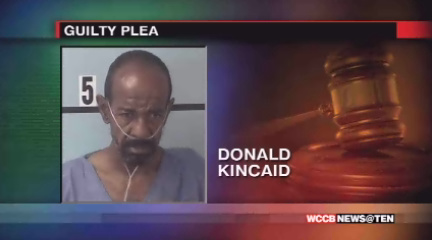 MORGANTON, NC — A guilty plea from a man accused of beating three people to death in Morganton.

A judge sentenced 57-year-old Donald Kincaid to at least 120 years in prison.  He beat his girlfriend Barbara Johnson to death inside her home on West Concord Street last August.

Investigators say he initially tried to cover up what happened.