Got Game: Father’s Day is Special for Knights Players 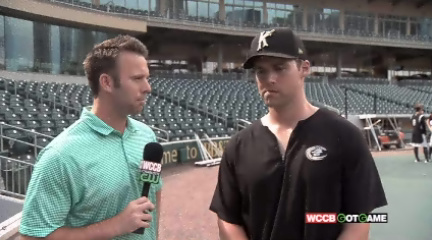 CHARLOTTE, NC (WCCB Charlotte) – There’s something special about sports that goes hand-in-hand with Father’s Day. WCCB ‘s Jeff Zell talks with Knights outfielder Trayce Thompson and his life as a son of a former NBA player as well as Knights third baseman and his life as a new father.

The Knights defeated Indianapolis on Sunday 13-1 to sweep the series. Charlotte has won seven games in a row.