Edge on the Clock: Donald Trump Scoring High In Polls 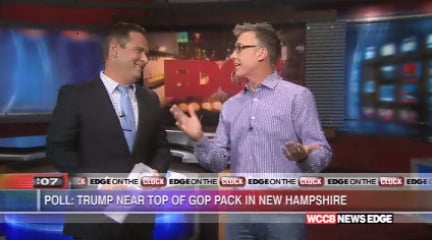 Donald Trump is out-polling all other Republican candidates in New Hampshire except for Jeb Bush.  That’s according to a new poll released Tuesday.  In a poll fielded immediately after their Presidential announcements last week, Bush earned 14 percent of the vote in the crowded GOP field, followed by Trump with 11 percent.