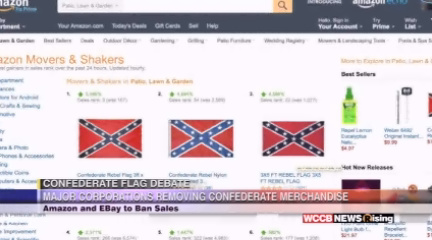 CHARLOTTE, NC — The killings of 9 people at Emanuel AME Church in Charleston has once again sparked a national debate on the issue of race.

A big issue in that debate… the Confederate Flag. A symbol of Southern pride and heritage to some, a symbol of racism and hate to others.

WCCB Political Contributor Mary C. Curtis is in the studio to discuss how the issue of race is now also a political issue.