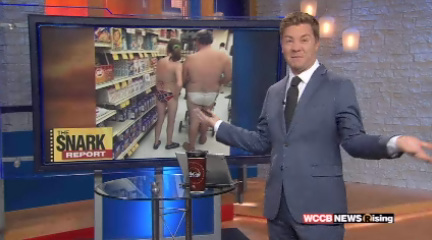 Many retailers announced they were no longer sell the Confederate flat in their establishments, but that doesn’t always keep it from walking into the front door of Walmart via their fashion conscious customers.

In the OMG – say it ain’t so department…Kim K will be pontificating as a guest lecturer.  Can she even spell pontificating?

Will Smith’s son Jaden Smith explains his obsession with a white batman suit.