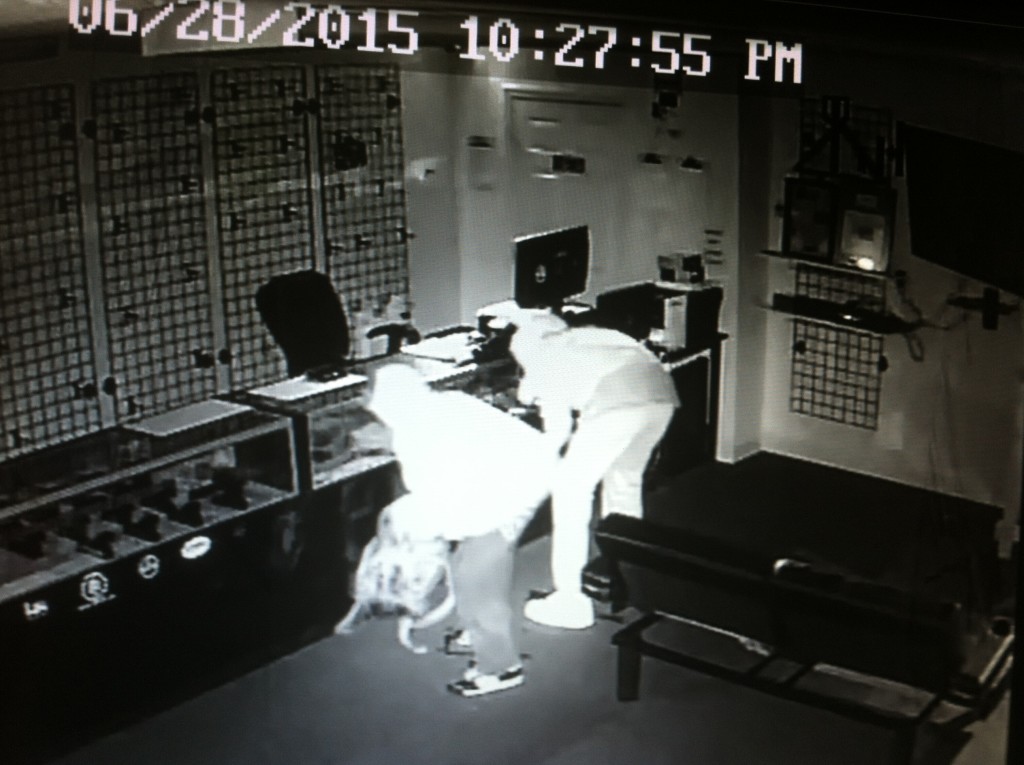 GASTONIA, NC — More than a dozen weapons, stolen from a local gun shop.  Now, we have surveillance video showing how it happened.

Lowell Police say the handguns were stolen from Aim and Defend on Wilkinson Boulevard in Gastonia Sunday night.  Surveillance video shows two men using a tire tool to bust the glass out of the counters and steal 16 guns.

"To know now that these guns are out on the street and could possibly be used in a crime is very devastating to us," said Aim and Defend owner Tim Gable.  "We would like nothing more than to have these suspects caught and these firearms retrieved."

Gable says the 4 revolvers and 12 semi-automatic pistols were worth $9,000.  No arrests have been made at this time.