The Edgitators: Do You Approve Of Obama’s Performance? 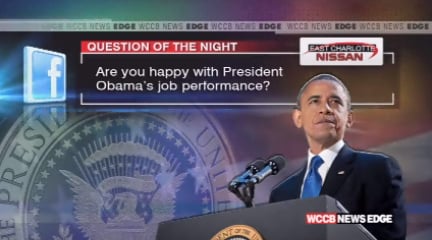 According to the CNN/ORC polls, the President is getting better marks because of how he’s handlingrace relations. The President’s approval rating is at 55 percent in that arena, five points higher than itwas in May.

And a new swing for the President in the polls: his handling of the economy. 52 percent approve of the job the President is doing, making it the first time he has been above 50 percent in nearly six years.

Of course, these numbers come just days after two Supreme Court cases helped boost the President’s legacy. The court upheld government subsidies under the Affordable Care Act and affirmed the right of same-sex couples to marry. All enough to make a reporter ask President Obama about what some call his “best week ever.”

And that brings us to our Question of the Night: Are you happy with the President’s job performance?  The Edgitators weigh in…