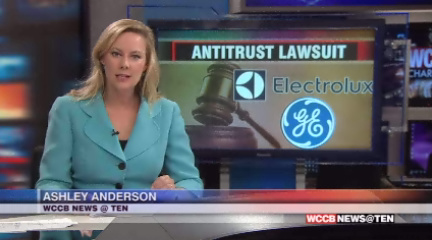 CHARLOTTE, NC — Electrolux says it will fight the federal government’s attempt to stop it from buying General Electric’s appliance business.

The U.S. Justice Department filed an anti-trust lawsuit Wednesday.  It says the $3.3 billion deal will get rid of competition and hurt consumers.  Electrolux, which is expanding its North American headquarters in Charlotte, announced the deal in September.

In a statement to WCCB Charlotte, the company’s president says: “Electrolux believes the acquisition will increase competition and provide consumers access to a greater choice of high quality products at a wider range of competitive prices.”

Electrolux says it has already received regulatory approval for the deal in Brazil, Canada and Ecuador.  It’s still awaiting approval in a few Latin American countries.