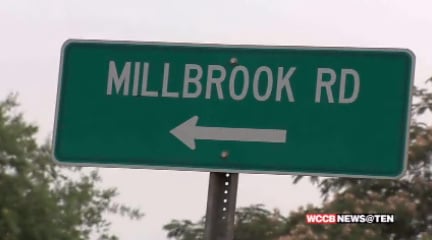 HARRISBURG, NC — A well-traveled road in Harrisburg is closing, and it’s causing major hassle and confusion for many motorists.

NC DOT will permanently close the Millbrook Road railroad crossing on Monday at 8am so crews can grade for ditches and new railroad trackbed.  The project was scheduled for November of 2014, but was pushed back as long as possible.

“It’s been a long time, and we was hoping that this would be a fix that would be already fixed by now,” said Earl Douglas.  “But, it’s really, really causing a lot of traffic jams in this area, and um, it’s very frustrating.”
Adding to the confusion, residents tell WCCB Charlotte people using GPS are still directed to roads that are closed or are being worked on.