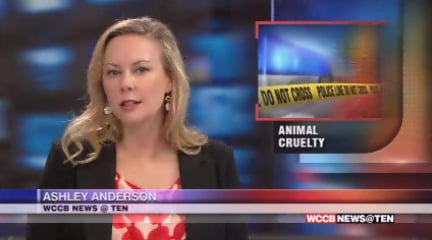 CHARLOTTE, NC — A woman faces animal cruelty charges after she accidentally dragged her dog to its death.  It happened in northwest Charlotte.

Someone called 911 Wednesday, saying a woman was dragging a dog down Mount Holly-Huntersville Road.  Police caught up to her and stopped the car.

Officers say it appears the dog’s chain got caught on the back of the car and the woman didn’t know.