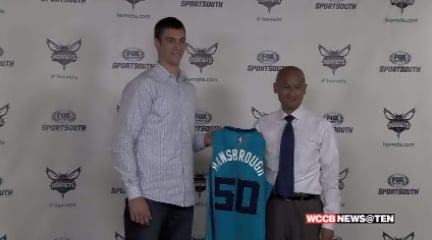 “Tyler Hansbrough is a solid NBA player who can contribute to our team,” Cho said.  “He brings energy and physicality every time he steps on the floor.  We are glad to have him.”

Prior to entering the NBA, Hansbrough played four years at the University of North Carolina, where he averaged 20.2 points and 8.6 rebounds in 142 career games and shot .536 from the field (939-1752) and .791 from the free-throw line (982-1241).  As a junior in 2007-08, his accolades included Consensus National Player of the Year, ACC Player of the Year, ACC Athlete of the Year, ACC Tournament MVP and a record eight ACC Player of the Week awards.  One of only two players in NCAA history to earn First Team All-American honors in each of his four seasons, Hansbrough was selected First Team All-ACC all four years and to the ACC All-Tournament Team three times.  He led the Tar Heels in scoring and rebounding in each of his four seasons, helping the team to the 2009 NCAA Championship.