The Edgitators: Should Brady Appeal In Court? 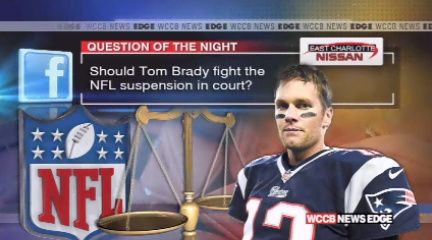 New England Patriots quarterback Tom Brady’s four game suspension has been upheld by NFL Commissioner Roger Goodell.  the league says Brady destroyed his cell phone before investigators could get their hands on it.

Brady appealed the suspension after the league’s investigation concluded that he was generally aware the footballs were improperly deflated.  Brady now has the option to file a lawsuit against the NFL.

And that brings us to our Question of the Night: Should Tom Brady fight the NFL suspension in court?  The Edgitators battle it out…