The Snark Report with Derek James: Goodbyes, Apologies, Defenses and Gettin’ Down 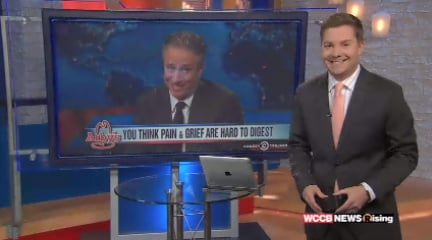 Jon Stewart will finally quit poking fun at Arby’s…but Arby’s gets one last poke in on him.

Derek is looking at Taco Bell for a sponsor…not gonna happy, buddy.

Whole Foods gets called out on one of their “healthy” products.

Hulk Hogan gets support from daughter Brooke.  Regardless of how she smells.

And proof that you are never to old to party and get down.

And poor Trip gets caught in the middle.